The EPNOE Science Award recognizes lifetime achievements of academic scientists and technologists working with polysaccharides. The award is open to all scientists in the field but the nominators should be EPNOE members.

EPNOE Association is inviting nominations for the EPNOE Science Award. The prize will be given to outstanding work and lifetime achievements in the field of polysaccharide science and technology. The EPNOE Award, is international, and all academic scientists conducting research in the field of polysaccharides are eligible for nomination. The deadline for nominations is Friday August 13th 2021. The process of nomination is strictly confidential and self-nomination is discouraged. Only EPNOE members can be nominators.

Fill in the nomination form and follow the instructions mentioned on the form.

Please combine all documents in one .pdf file and send it via email to natacha.raes@kuleuven.be  latest by Friday, August 13th. No nominations will be accepted after the deadline.

Who will judge the merits of the candidates?

A committee of seven jury members will evaluate the merits and achievements of the candidates. All members are distinguished academic scientists and technologists in the field of polysaccharides.

When the EPNOE Science Award will be presented?

The winner of EPNOE Science Award 2021 will be announced during the EPNOE Conference in Nantes, France 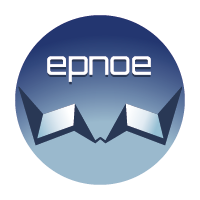 The European Polysaccharide Network of Excellence is a non-profit Association promoting research, education, and knowledge-transfer between academia, industry, and civil society, in all fields related to polysaccharides science and technology.

We use cookies on our website to give you the most relevant experience by remembering your preferences and repeat visits. By clicking “Accept All”, you consent to the use of ALL the cookies. However, you may visit "Cookie Settings" to provide a controlled consent.
Cookie SettingsAccept All
Manage consent

This website uses cookies to improve your experience while you navigate through the website. Out of these cookies, the cookies that are categorized as necessary are stored on your browser as they are essential for the working of basic functionalities of the website. We also use third-party cookies that help us analyze and understand how you use this website. These cookies will be stored in your browser only with your consent. You also have the option to opt-out of these cookies. But opting out of some of these cookies may have an effect on your browsing experience.
Necessary Always Enabled
Necessary cookies are absolutely essential for the website to function properly. This category only includes cookies that ensures basic functionalities and security features of the website. These cookies do not store any personal information.
Non-necessary
Any cookies that may not be particularly necessary for the website to function and is used specifically to collect user personal data via analytics, ads, other embedded contents are termed as non-necessary cookies. It is mandatory to procure user consent prior to running these cookies on your website.
SAVE & ACCEPT